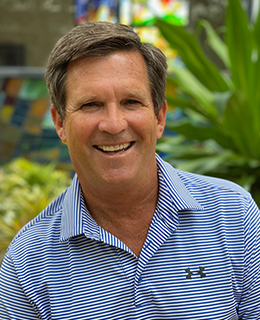 Board Chair and Founder

Jim serves as the rector and spiritual leader of St. Mark’s, a large Anglican congregation with a vibrant elementary and middle school. At St. Mark’s, Jim oversees a staff of 150 employees, nearly 2,000 members and 450 students. He arrived in Florida in 2007 from Minnetonka, Minnesota, where he met Mama Ada and foundation co-founder, Julie Keller, while serving as rector of St. David’s Episcopal Church

Ordained to the priesthood in 1993, Jim has served congregations in Kentucky, Wisconsin and Minnesota. During his tenure at St. David’s, Jim led the building of a 15,000-square-foot headquarters for a large food pantry on the church campus. At St. Mark’s, Jim helped create Hearts of Palm, a ministry that provides assistance to low –income homeowners with city code violations. In 2017, St. Mark’s bought and renovated several homes that are being used for supportive housing. Jim also recently led St. Mark’s through a $25-million renovation of the campus that took nearly six years to complete. He is also a founder and original board member of Family Promise of North/Central Palm Beach County and a current board member of Community Partners, a large non-profit in Palm Beach County.

A graduate of the University of Wisconsin, Jim served as director of media for Arthur Andersen & Co. in Chicago prior to attending seminary at the University of the South in Sewanee, Tennessee. He and his wife, Karen, have two grown sons. 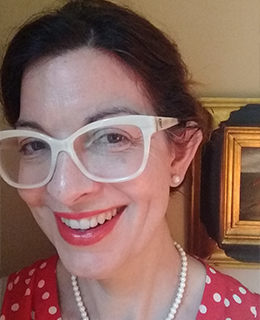 For many years, Julie Keller has had friends in Kenya. In 2005, she was on the first trip to visit Mama Ada and her neighbors. It was on this trip that the vision of The Mama Ada Foundation was borne, as new friends sat in a green gazebo on Mama Ada’s lawn. Since then, Julie has used her skills and passion to create communication, fundraising, programming and administrative systems in the organization, working with many others.

Julie graduated with an undergraduate degree from St. Olaf College and she holds a Master’s degree in Nonprofit Management and Social Policy from the Humphrey School at the University of Minnesota. She has worked in a number of nonprofits in various capacities, as well as for Head Start at the Minnesota Department of Education. This experience provided her with opportunities and knowledge to do consulting work in grants management/application and strategic planning/ evaluation.

She currently resides in the Twin Cities in Minnesota, where she lives with her husband, Peter, and their two sons, Evan and Ben. 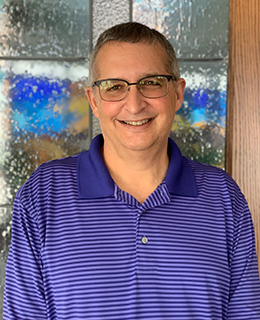 Ron McElhone has served as the Chief Financial Officer at St. Mark’s Episcopal Church & School since 2001. He provides strategic leadership for the finance, accounting and business functions of the organization as well as for both short and long-term financial management, planning, and budgeting. Ron also oversees human resources and the safety/security departments. His nonprofit leadership experience provides a sound foundation for his role as treasurer for 5 years with The Mama Ada Foundation.

Ron was instrumental in the successful completion of St. Mark’s $22M campus redevelopment and the establishment of strategic financial partnerships. His demonstrated commitment and vision for transforming lives of the underserved through education led him to start St. Mark’s Cornerstone Scholarship program, and in January 2020, he received a special commendation for his work. Prior to joining St. Mark’s, Ron was an administrator in the New Jersey public school system and served in law enforcement. His more than 40 years of experience spans finance, education, and facilities management.

Ron serves on the board of directors and finance committee for the Forum Club of the Palm Beaches and is a graduate of Leadership Palm Beach County. He holds a management degree from Eastern University in St. Davids, PA. Ron and his wife, Chris, reside in Palm Beach Gardens, FL. 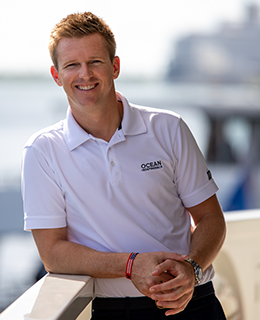 Nate fell in love with Kenya after his first trip in 2006 from Minnetonka, Minnesota. His passion for meeting new people and sharing stories has lead him down a path of adventure, travel, unique experiences and opportunity to enhance lives in many capacities. Working as a Superyacht Manager for one of the largest yacht brokerage companies in the world, he continues to follow his dreams and remain focused at connecting his people to Mama Ada’s people.

Nate graduated with a degree in Business Management and minor in Leadership Studies from Eckerd College in St. Petersburg, Florida. In the fall of 2007, Nate circumnavigated the globe with a program called Semester at Sea, where he was introduced to various cultures while earning university credit aboard a converted cruise ship. Straight after school, Nate found himself working as crew aboard private superyachts for the next 10 years, serving the most influential families across many corners of the planet. Ending his career at sea as a Captain in 2018, Nate moved ashore to develop his leadership skills in the area of yacht management, which include the financial logistics for high-net worth individuals, developing multi-million-dollar budgets, employing foreign crew, and ensuring the safety and security of the yacht passengers.

Nate has always found Kenya to be a second home. He has been an active supporter of The Mama Ada Foundation since college and is always eager to share stories of his Kenyan friends and how their lives are changed through scholarships and seeds.

Nate currently resides near the rest of his family in Fort Lauderdale, Florida. 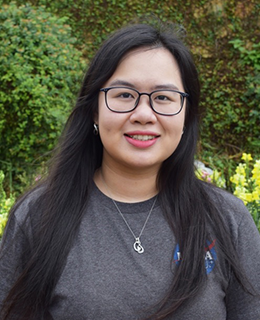 Ha (Cassie) Dong is a graduate student from Vietnam, currently pursuing a Joint M.A. in Peace and Conflict Studies at the University of Manitoba and University of Winnipeg, Canada. Her research focuses on decolonizing education for social justice and peacebuilding in developing countries.

In 2018, Cassie graduated from Augsburg University (MN, USA) with a double major in International Business and Marketing and a minor in Graphic Design. Cassie interned with several non profit agencies and was also selected to become one of 12 Urban Scholars at the Metropolitan Council, a regional government agency. Cassie's diverse experiences have given her a broad knowledge about different governance and leadership structures, which sparked her curiosity in exploring pathways to dismantle systematic oppression for peacebuilding and social justice.

In addition to being a Board Member for the Mama Ada Foundation, Cassie is a board member for MADD Canada Winnipeg Chapter, a nonprofit that supports victims of impaired driving. She volunteers for Adult Tutor at Kaakiyow Winnipeg Adult Education Centre. In 2019, she volunteered in Nepal for a project on women’s empowerment and education. Currently, she is a mentor at Volunteer for Peace Vietnam where she supports prospective and current Vietnamese volunteers in Nepal. When she is not busy with school she enjoys drawing, painting, reading, and cooking. 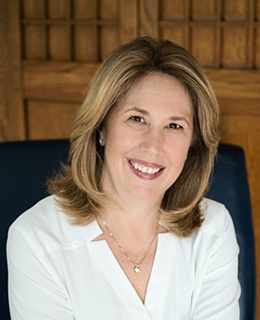 Shelley is a communications professional committed to agriculture and sustainability. Her work has given her the opportunity to address hunger issues globally across many cultures.

Shelley started Hickory Cove Consulting in 2020 and specializes in working with organizations to develop impactful communication campaigns and presentations. She has worked with organizations including National FFA, Feeding America, Syngenta and United Way. Shelley has supported several local boards within the Greensboro, NC area including United Way Women’s Leadership and Family Services of the Piedmont. She and her family were also involved with the African American Male Initiative (AAMI) mentoring program - a Communities in Schools initiative.

In addition to her demanding career, she is the devoted Mom to sons David and Christian and is now enjoying life as an “empty nester” with her husband Tracy.